It’s that time of year again, the one day I wait for with almost as much anticipation as Christmas. Tonight the Scotiabank Giller Prize will be awarded to one lucky author, (and even luckier publishing company). This Canadian award is one of the most prestigious, and even just being nominated for the short list is such an honour. For any author, this means that your work has been considered a great piece of literature by both the jury and your publisher, who has submitted your nomination.  And at the very least your work is proven to be a must read for the Canadian population and the world at large.

Although this prize has been awarded for nearly 20 years, it is only recently that I became more aware of it, after having attended a Book and Magazine Publishing program. The award itself has also recently gained momentum and public awareness as it is now televised on CBC. In 2013, it was only aired online and prior to that not really at all. The Giller Light Bash has also been a more recent phenomenon. Because the actual award ceremony is by invitation only, the Giller Light Bash has become a fabulous way for die hard book fans like myself to attend an event about the award, watch it broadcasted on a huge televison, and of course win some prizes by “guessing the Giller.”

This type of award ceremony lends itself even further to the notion that book culture is alive and well in the 21st century, and we are only going to continue to benefit from available technology as long as we (the book lovers, publishers, authors, and general PR enthusiasts) learn to embrace it and move with the times.

The Giller Prize will air on CBC tonight starting at 9pm. I will be live tweeting this event, so watch out for some of my views about who might win, who is there, because hopefully Margaret Atwood will make an appearance! and much more.

In case you are new to the Giller Prize world, here are the nominees below.

My personal vote is: 13 Ways of Looking at a Fat Girl by Mona Awad. This is a phenomenal account of a girl/woman trapped by societal expectations, her own, and those of other women around her.

Tell me about your picks in the comments!

As a bit of teaser, check out three of this year’s nominees answering questions from past Giller finalists

View all posts by Rebecca Biason 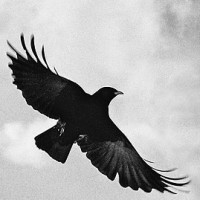 Follow Spine and Oak on WordPress.com
The Cat's Write

Looking for an authentic Italian coffee experience thousands of miles from Italy.

Simplifying Marketing Technology For You

A blog about life after moving to the suburbs.

Former model turned Business Professional with a love for Fashion

Tackling the Sustainable Development Goals One Great Idea at a Time

Poking around the Toronto book scene

The Art and Craft of Blogging

The latest news on WordPress.com and the WordPress community.